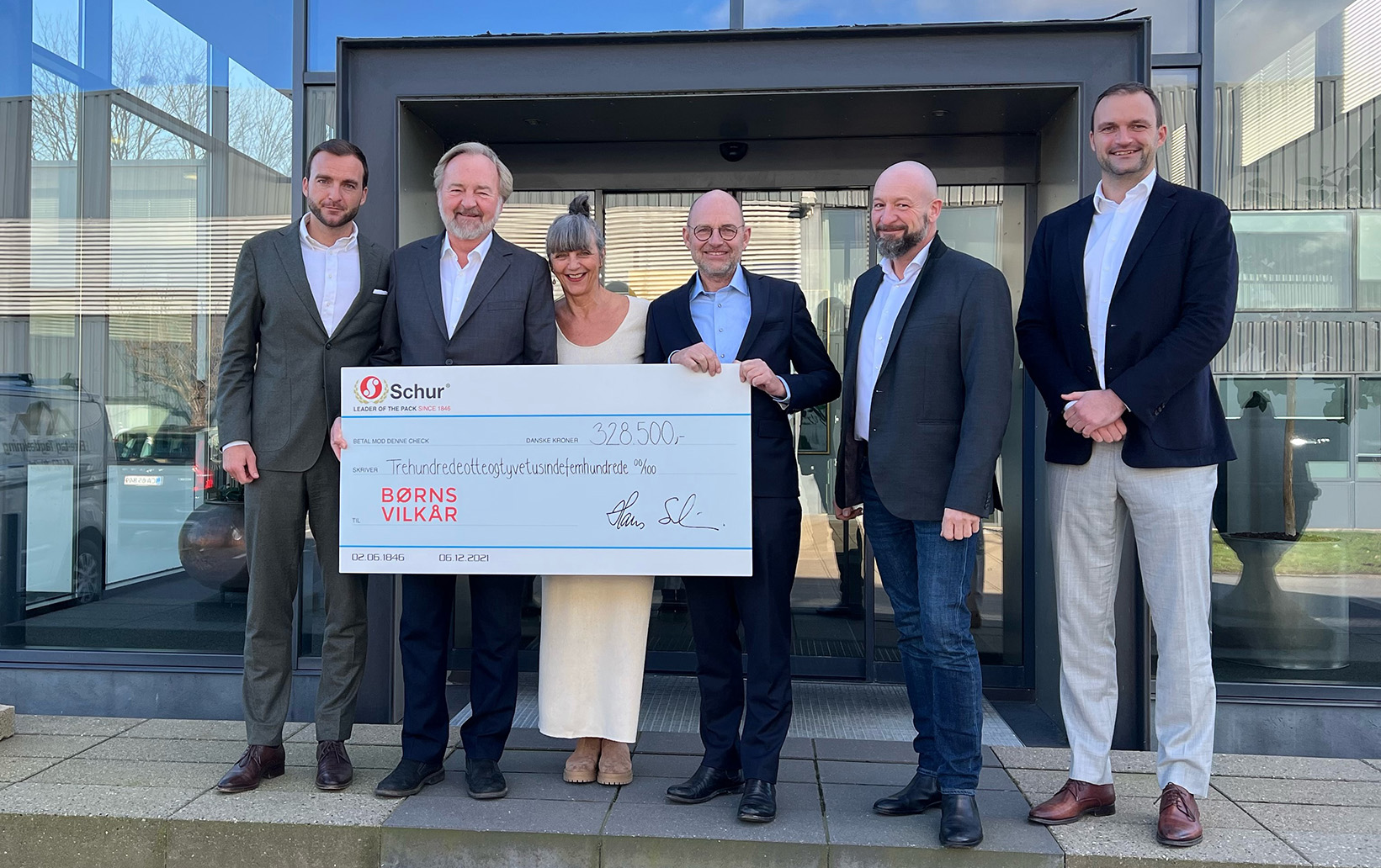 From a unique idea to a great donation

February 2nd, 2022, the Schur family had the honor of handing over a donation on 328,500 DKK to the Danish professional organization “Children’s Welfare”. The donation will be used for their important work with stopping violence and abuse against children.

The money for this donation has been raised through the sale of Schur’s anniversary book, “Rasmus Klump visits Horsens”. The idea behind the book originated from the Schur family as they wanted to create a gift that would benefit the younger citizens of Horsens. In addition to this, the Schur Family also wanted to pay tribute to the city in which the company has been rooted ever since 1846. Johan Schur, CEO of Schur, elaborates:

“We owe a huge thank you to the citizens of Horsens and the five stores selling the book. 3,285 people have bought the book which is enough to define it as a bestseller within children’s books. And the five stores selling the book have been willing to sell it without earning any money on it. Thus, the donation is only this large due to this amazing support and we are truly grateful.”

“We are extremely obliged to receive such a huge donation. We had no idea that it would be so much money, and we were genuinely overwhelmed. We can only praise Schur for getting the wonderful idea of making the book and the fact that they were actually able to realize it. That tells a lot about their devotion and creativity. At the same time, we are also grateful for all the people supporting this project by selling and buying the book”.

Children’s Welfare has a range of different initiatives to ensure that no children in Denmark experience any neglect of care, and the money from this donation will be used to kickstart a yet another initiative - stopping violence against children:

“Unfortunately, studies show that many children experience domestic violence. It is terrifying that so many children are living with violence and difficult conditions, and I am proud that we and the city of Horsens can help some of these children through this donation”, Johan Schur says.

It is still possible to purchase the special edition of Rasmus Klump, and the money will continuously be donated to Children’s Welfare.